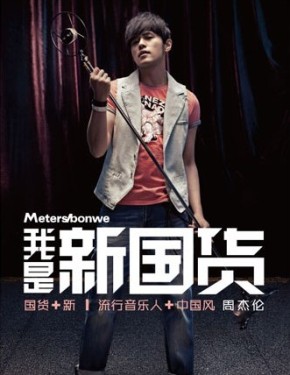 The huge amount of money that needs to be repaid in the short term, as well as the high inventory levels, test the bearing capacity of the US state apparel.

Meibang Apparel ** expires quarterly stocks in stock 1,500 million on April 28, the second phase of short-term vouchers that will be issued by the company in 2011 will expire. Prior to March 8, the first short-term vouchers for Meibang Fashion had expired. The two-period repayments, totaling approximately $1.1 billion, may not be easy for Mebon, which currently has high inventory levels and continues to deteriorate its operating cash flow.

According to the notice of Meibang Apparel, the two short-term bonds were all issued in 2011, with a total amount of 1 billion yuan, and the current interest rates were 5.2% and 5.28%, respectively. In other words, in March and April, only two months, Meibang clothing will have to pay nearly 1.1 billion yuan of funds.

In the context of high debt levels, the structure of the Meibang apparel industry is even more worrying for the industry.

Financial institutions found that in the high debt of Smith Barney, the short-term debt was as high as 3.6 billion yuan, accounting for 97.31% of the total debt.

In the period of issuing short-term bonds, Smith Barney disclosed that its bank line of credit totaled 4.305 billion yuan, of which the unused credit line was 1.891 billion yuan.

In this regard, industry analysts believe that although relatively long-term **, the interest paid in the short-term ** will be lower, will reduce the operator's financial costs, but for the US state apparel, such a high short-term debt can not only ease its funding The degree of tension will, on the contrary, increase the pressure on short-term liquidity due to the constant short-term debt maturity.

CITIC analyst Xu Yan said that according to the company's 2011 interim report, among the 3.2 billion yuan in loans, credit borrowing was as high as 2.2 billion, accounting for about two-thirds of the total, which was clearly higher among private enterprises. In general, due to excessive debt concentration in the short-term, Meibang Apparel is indeed under greater pressure.

"The non-resolved short-term problems will inevitably bring long-term hidden dangers, not to mention the financial costs are not low." The financial institutions said.

"This is equivalent to every dollar earned, there will be one dollar will pay interest." Liu Qing, product design manager of State Investment Trust Co., Ltd. told reporters. The significant increase in interest expenses in 2011 is closely related to the tightening of monetary policy.

In 2011, the government implemented a tightening monetary policy in order to regulate real estate, and the cost of banks has also increased significantly. In this situation, the company's costs and costs will rise, and it is not surprising that interest expenses will increase substantially.

The high inventory problem of Smith Barney seems to have brought more pressure on its cash flow.

Metersbonwe High Inventory Crisis Imitation Fast Fashion Fails or Downgrades Seasonal Product Inventories to 1.5 Billion Yuan Recently, a "microblogging storehouse of Meibang Apparel and Vanke Eslite stocks is huge, and the factory warehouse in Pinghu is basically burst" This made the question of the high-speed expansion of the US state apparel more intense. According to the reporter's multi-party understanding, although the so-called â€œexplosionâ€ rumors are still demand certificates, the fact that the pressure on its inventory is huge has become the â€œfirst thresholdâ€ for Smith Barney to cross over in 2012.

However, it is even more concerned that, since the listing of Smith Barney Fashion in 2008, the stock has been increasing year by year. From September 30th, 2010 to September 30th, 2011, the fastest increase in inventories was achieved, with a year-on-year increase of 1.19 billion yuan.

In this regard, the investment group analyst Wange in the analysis that the inventory balance and inventory in the liquid assets increase in the proportion of serious impact on its cash flow turnover. The fundamental reason for the increase in the inventory of Smith Barney is that it is overly optimistic about market expectations, and it is still immature to learn from the excellent corporate channel model in the industry. Due to the small number of new products on the market during the same period and the large amount of single-product production, the backlog of over-quarter inventory was created.

According to a report issued by Shenyin Wanguo Securities earlier, the inventory of Smith Barney's apparel at the end of 2011 reached 2.56 billion yuan, of which more than 1.5 billion yuan was for off-season goods, which exceeded the company's operating profit for the year.

â€œBecause of the sluggish economic environment, many apparel companies have high inventory problems. A number of branded apparel products experienced negative growth in sales in China last year. Production is rising and sales are declining. Therefore, Smart Clothing is not an exception. If the high inventory is handled carelessly, or will face greater financial crisis." An apparel industry analyst who declined to be named told reporters.

So, for the Shanghai clothing company Baron, how to solve the high inventory, how long will it be resolved?

"For the time being, there is no good way." Today's investment analysts said that although the inventory turnover rate improved quarter by quarter, but the absolute amount of inventory is still high, including the spring and summer of 2011 and the previous quarter of products about RMB 1.5 billion will still face discounted inventory clearance in 2012. This will have a negative impact on 2012 gross margin.

According to the reporterâ€™s observation, the operating cash flow of Smith Barn in the third quarter of 2011 has recovered from the net outflow to the net inflow in the third quarter of 2011. However, from the perspective of changes in the balance sheet, this improvement may be mainly due to The reduction of prepayments and the increase of unpaid taxes. At the same time, from the aggregate of the first three quarters of 2010 and 2011, the entire company still experienced a large net outflow.