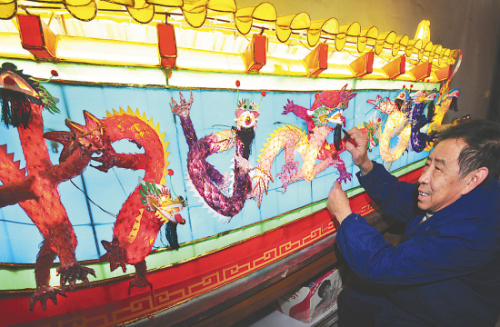 On the 21st, Lu Youchang, Master of Folk Lanterns of Nanjing Confucius Temple and Inheritant Heritage of Chinese Intangible Cultural Heritage, lasted for 5 months. He completed the construction of a large-scale wall lantern of â€œNine Dragons in Kowloonâ€ in the ratio of 1:10 according to the Kowloon Imperial Palace in Beijing. The lamp, this is the first successful attempt to pass on the folk traditional large-scale lantern lighting technique.